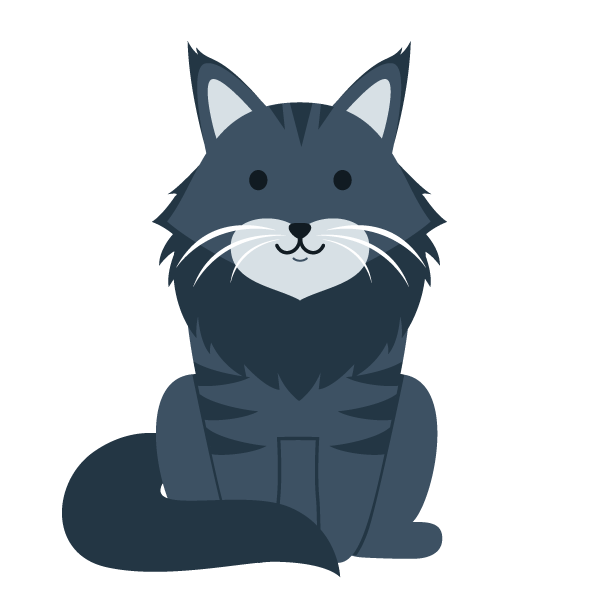 Kurt is a I’m a Maine Coon and named after the American writer, critic and editor Kurt Vonnegut, best known for the novels Cat’s Cradle, Slaughterhouse-Five and Breakfast of Champions.

Like Vonnegut, Kurt is an admirer of science who believes that above all else, you’ve got to be kind! He doesn’t have a favorite food because he loves them all.

Kurt Vonnegut was born in Indianapolis, Indiana, on November 11, 1922. Vonnegut emerged as a novelist and essayist in the 1960s, and penned the classics Cat’s Cradle, Slaughterhouse-Five and Breakfast of Champions before 1980. He is known for his satirical literary style, as well as the science-fiction elements in much of his work. Vonnegut died in New York City on April 11, 2007.